What Makes A Bar Cool

Like any stupendous invention – the incandescent light bulb, printing press, or bottled water – beer pong’s origins are shrouded in mystery. Popular history teaches that Dartmouth fraternities invented the original drinking game, played with paddles, in the 1950s and 1960s. As beer games raced across college campuses nationwide, the names “beer pong” and “Beirut” became commonly accepted. Beer pong is one of the most popular beer games in the nation and an entrenchment in the canon of nightclubbing.

Basic rules for are simple. Two teams of two players stand at opposite ends of a table. Each team alternates throwing two ping pong (table tennis) balls at a triangular configuration of cups filled with light beer (3.2-5% alcohol) or water. There are usually ten cups but some versions use six. The balls are tossed directly into the cups and then those cups are removed and the beer or water is drank. The beer games continue until all of one team’s cups have been removed.

Sound staid or predictable? It isn’t. Usually, each campus or club has its own unique style and rules of playing, which even vary by fraternity or nightclub. These “house rules” take precedence at any celebration. Many house rules regulate reformation (re-racking remaining cups into defined configurations). Some areas allow for re-racks with six, three and one cup left. Others allow three total re-racks. Configurations include small triangle (pyramid), square, house, zipper (left-side and right-side), line, diamond, and one (single cup). Some houses include shut-out rules. If a team does not win a certain number of cups, they must do whatever the other team wishes, which commonly includes streaking, sitting under the table, or drinking lots of beer. Other rules include swatting away bouncing balls, blowing, leaning shots, and rollbacks.

Fans love the game. Beer games tournaments at campuses, tailgate parties and nightclubs are popular. Some ardent fans participate in the National Beer Pong League or world championship beer games. No hobby this entertaining should be left to the streets. Spin the disco ball, bounce some beats, and add beer pong to the nightclub. 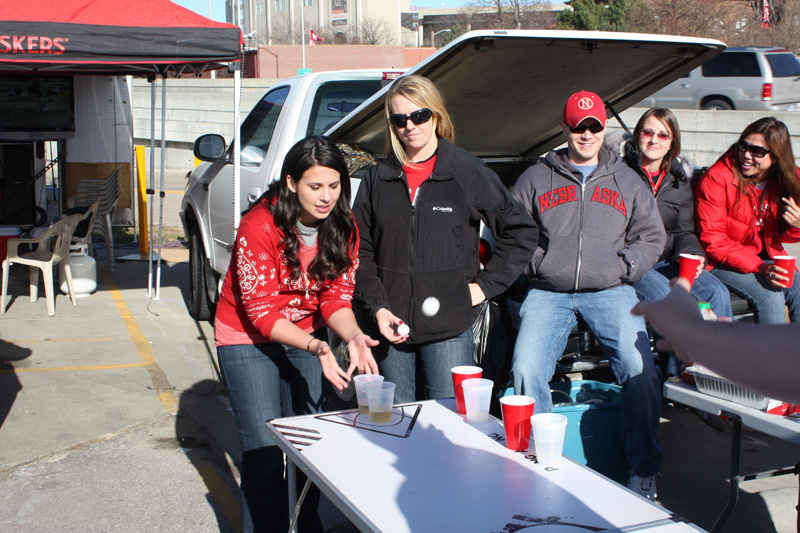